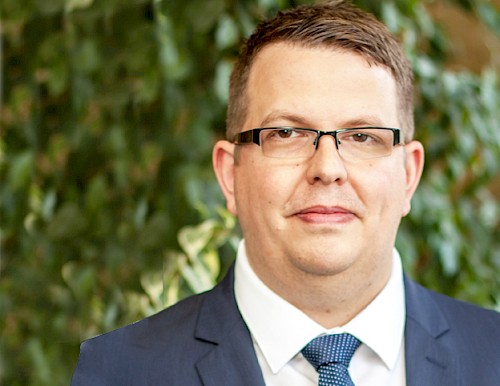 Double was formerly operations director at the company overseeing operations across all three divisions.

He joined Huddersfield-based Andel in 2000 as the seventh employee and first install engineer.  Double rose through the ranks becoming operations director to the previous managing director and now succeeds Julie Greenwood who retired last month after 27 years’ service.

In his new role, he will have overall management and responsibility for the company. He said: ‘I feel really fortunate to be taking on the role when the company is in an extremely good position.  I will be building on the growth Julie started.  She did an excellent job and I’m thankful to her for all the work she did.’

‘This is a company that rewards and promotes anyone with ability and ambition.  Both Julie and I are a testament to that.  There are no glass ceilings at Andel.

‘I’m looking forward to the future and continuing to support the talent we have and to grow the business.’

In June 1992, the late Ian Pogson started the business from his garden shed creating a leak detection system like no other on the market. In the early days, Pogson employed just a handful of staff, including Julie then Peter, to support the development and manufacturing of his new Floodline system.

Andel recently won a £75,000 contract to install water leak detection systems on each floor of Tower 1 and Tower 2 in Marina Bay Financial Centre in Singapore.